Lung Awareness Month is used to promote lung health and focus on the impact of lung disease in the Australian community.

Since 2005 PANDA has been leading the perinatal mental health sector in promoting the Week to raise awareness about perinatal anxiety and depression, including signs to look for and where to go to seek support. 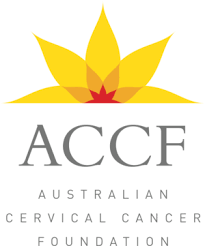 Our National Cervical Cancer Awareness Week is used to raise funds and promote awareness and education around cervical cancer and the impact it has on Australian women and their families every year. Currently Australia is on track to be the first country in the world to eliminate cervical cancer by 2035, but only if we […] National Recycling Week aims to improve the positive environmental outcomes of recycling by increasing community awareness, increasing collection rates and reducing contamination. Local councils, businesses and community groups are encouraged to join in throughout the week. The World Diabetes Day campaign is an event used to increase understanding of diabetes, and to raise funds for research. White Ribbon Day is a chance for the Australian community to come together and say no to men’s violence against women. CONNECT, COLLABORATE & CELEBRATE! Social Inclusion Week aims to help all Australians feel included and valued, giving everyone the opportunity to participate fully in society. Created by Dr Jonathon Welch AM, founder of the award winning Choir of Hard Knocks, Social Inclusion Week is about connecting local communities, workmates, family and friends, in order to […] The UN Secretary-General's UNiTE by 2030 to End Violence against Women campaign (UNiTE campaign), managed by UN Women, is a multi-year effort aimed at preventing and eliminating violence against women and girls around the world. It calls on governments, civil society, women's organizations, young people, the private sector, the media, and the entire UN system […] World AIDS Day - held on 1 December each year - is one of the most globally recognised events of the year. It raises awareness across the world and in the community about the issues surrounding HIV/AIDS It is a day for people to show their support for people living with HIV and to commemorate […]